By Travel With Me in Latest, Testimonials

My trip to Borneo was simply fantastic, especially from a conservation point
of view.  To see what they are doing to save Sun Bears, Orangutans,
Proboscis Monkeys, turtles, Pygmy Elephants (never saw one as it is too dry
– they haven’t had rain for 6 weeks), and Rhinoceros (there are only around
30 left).  They have a profusion  of small birds as well as the weird
looking Hornbill, Storm’s stork, eagle & more.  One day we were going up the
Kinabatangan River and one of the guides (who have eyes in the back of their
heads!) pointed out a BIG crocodile which was around 1 metre across its
girth and approximately 5 to 6ft long!  Loved seeing the turtle laying
around 80 eggs which were retrieved and buried in a special enclosure for
around 9 weeks when they hatch.  We also saw about 80 hatchlings being
released into the sea.  That afternoon we all enjoyed snorkelling and swimming
in the warm water of this tiny island.  On our return to Sepilok we were
shown to our accommodation which was a 2 story house.

Next day we went to see the sun bears in their
enclosure which they share with rogue macquac monkeys who are able to leap
over the electric fence when around the jungle surroundings.  We saw a cute
sun bear snoozing and another one sleeping up the tree.  Watched a video and
saw how these bears remove the husk of a coconut with their long claws with
so much ease.  During this trip we were required to pay a camera fee (10
ringits – about $3) which allowed us to take photos.

Our last lodge stay was in Tabin where we were taken out early
morning and late evening to look for birds, squirrels, owls, eagles, etc.
Crossing the dirt road we saw a large family of bearded pigs, mum at the
front and dad at the rear.

I had a mud face pack applied for 20 mins from the nearby
mud volcano (frequented by pygmy elephants) followed by a hot foot soak in a
basin filled with stones and cut up palm pieces floating around.  This was
done at Tabin and is where a 26 yr old girl was killed by a rogue pygmy
elephant when she got too close taking photographs.  There is a memorial put
there by her parents which says she was a very intelligent person who had
just graduated as a veterinarian – her last words were “I am so sorry” as
she realised she hadn’t listened to the guides advice of not going as close
as she did.  From Tabin we drove the 25 miles over a VERY BUMPY ROAD (to
keep tourists away) to Lahad Datu, boarded a flight to Kota Kinabalu for the
next 3 days.  We stayed in a 5 star hotel (Sutera Harbour) up on the 9th
floor overlooking the ocean and nearby islands, in the most luxurious room
possible (just like Burswood Resort).  Imbibed in a blueberry & honey
thick shake mixed at the swimming pool bar and served to me relaxing on a
lounge!  Next day I did a 12 hr day tour up to Mt Kinabalu to see the Pori
Hot Springs.  Because one of our ladies needed help walking up the
precarious steps to do the treetop walk our time was cut short so had to settle
for a foot soak in the warm sulphur smelling hot water.  Would love to have
had a swim.  After lunch we visited their botanical gardens and had to put
on a poncho as it was raining fine mist.  It was the first time as we were
told they haven’t had rain for 6 weeks and it shows on some on the plants
especially the birds nest ferns as their leaves were wilting badly.  Another
night we were taken to the Night Markets which is crammed full of souvenir
stuff in very narrow alleyways, and on into the wet markets displaying fresh
cut up chicken, fish of all shapes and sizes (talk about smelly), fruit and
vegetables and spices and dried stuff. 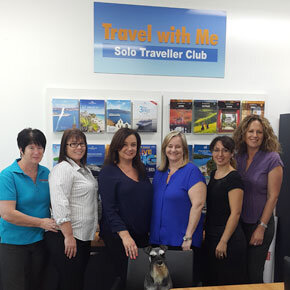